An ostomy may be performed in certain cases of:

Side effects
Alternative treatments
Intervention or treatment's duration
Recovery time
The accuracy of the content has been reviewed by our Medical Commission.

In this case, the small bowel loop is exteriorized through the wall and everted to create a small "proboscis" 2 cm high according to Brooke's method.

The features of an ileostomy

The examination before surgery

The nurse will examine you before the operation to locate the coronary artery. Many factors influence the location of cortical defects, including your natural skin, abdominal muscles, scars, bed, waist circumference, hip bone, and the clarity of where you sit.

The course of the ileostomy in Istanbul Turkey

During an ileostomy in Istanbul Turkey, part of your thick intestine, otherwise known as the ileum, is pulled across the surface of the abdomen to create a stoma. Indeed, an ileostomy is usually performed in cases where the colon is reached and put in the right area of ​​your abdomen. Thus, the ileostomy can be temporary or chronic. It depends on the reasons that led to the surgery or how difficult your situation is. In this part of the intestine, the stools are watery. Since an ostomy does not have muscles that are used to control the evacuation, the stool must be assembled through a pocket.

Before your operation, and during the consultation, your doctor will tell you to avoid caffeine, alcohol, tobacco, or other drugs. Using any of these products before or after surgery can affect the outcome of the surgery.

Surgeons perform J-pocket surgery using minor penetration methods. Instead of opening the abdomen with a relatively large incision (open surgery),they usually make more than a small incision in the abdomen through which surgical instruments and a long narrow tube are inserted with a camera at its end.

After the operation of ileostomy

Hospitalization is mandatory for optimal results. You might have pain relievers or antibiotics.

It is strongly recommended that you avoid activities that require exertion for about four to six weeks after surgery.

Types of ileostomy treated in Istanbul

There are two types of ileostomy:

What is a terminal ileostomy?

This is the most common type of ileostomy, in which case the end of the small intestine is pulled over the surface of the abdomen and then sutured to the skin and forms a hole, otherwise known as a stoma.

Chronic or temporary terminal ileostomy: the temporary ileostomy is effective in conditions where the affected part has been removed, and the remaining part must rest before resuming the transit. The relevant solution considered when restoring transit is too risky or impossible.

During a lateral ileostomy, a loop of your thick intestine is placed over the skin. An opening will be made on the surface of the abdomen and the extremities are closed to the skin. In addition, the lateral ileostomy contains two openings side by side. This type of ileostomy is usually temporary to cover a surgical suture of the bowel or calm the patient.

The use of a drainable bag

If you have an ileostomy, you are going to need to wear out a drainable bag. Our doctors specializing in lateral ileostomy in our partner clinics in Turkey will study your case and will offer you the best care plans suitable for your case. 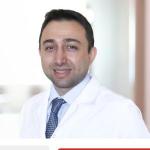 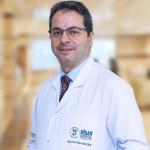 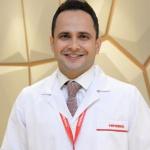 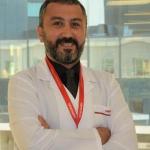