A breast biopsy is a test to diagnose breast cancer. Thus, the analysis of cells removed during the biopsy provides a set of relevant information in ordor to choose the treatments. Alternative treatments
Intervention or treatment's duration
Success rate
The accuracy of the content has been reviewed by our Medical Commission.

A breast biopsy in Turkey is a procedure of taking a sample of breast tissue for examination. This is because the tissue sample will be sent to a laboratory where doctors specializing in the analysis of blood and body tissues (pathologists) will examine the tissue sample and make a diagnosis. Also, a breast biopsy may be recommended if you have a suspicious part of your breasts, such as a breast lump or other signs and symptoms of breast cancer. Thus, a breast biopsy can also be used to check for atypical findings from a mammogram, ultrasound, or another breast exam. The results of the breast biopsy can show whether the area contains breast cancer or not. A pathology report obtained from a breast biopsy can help your doctor determine if you need further surgery or other treatment.

All you need to know about breast biopsy before you start

Your doctor may indicate a breast biopsy if:

• You have a lump or thickening of the breast and the doctor suspects breast cancer.

• The mammogram showed a suspicious area in the breast

• Ultrasound or MRI of the breast showed a suspicious result

• You have an abnormal nipple or areola changes, including blisters, peeling skin, or bloody discharge.

The risks of breast biopsy

The risks of having a breast biopsy include:

• Bruising and swelling of the breasts

• Infection or bleeding in the biopsy site

• Changes in the shape of the breast, depending on the amount of tissue removed and the quality of the healing of the breast

• Additional surgery or other treatment, depending on the results of the biopsy

How is the breast biopsy performed in Turkey: Cost & clinics

Turquie Santé provides you with the best services at a competitive cost to perform your breast biopsy in partner clinics and hospitals.

Once the suspicious lesion is detected in a breast after a mammogram, you are going to need additional tests to know if it is cancer or not. It is for this reason that a sample is taken from the lesion, in other words, a biopsy.

It is difficult to know from a mammogram alone whether a lesion is cancerous or not. For this purpose, it is necessary to directly analyze the lesion tissue under a microscope, which is used to see whether there are cancer cells or not. Tissue sampling is extremely essential. There are many techniques, but one or the other depends on the location of the lesion and its size.

Sampling through the skin

• Macrobiopsy: the used needle is larger and allows several large samples to be taken. It lasts about an hour and is performed under local anesthesia, so the macrobiopsy does not require hospitalization. To turn the needle towards the lesion, the doctor uses an ultrasound or a mammogram

• Fine needle aspiration: this is a quick and simple technique, however, it is not as reliable as a microbiopsy, which is why it is used less.

• Microbiopsy: for this method, a special needle will be used which is piloted by a "gun". This needle is designed to split a tissue sample that will be returned after the needle is removed. The exam takes between twenty and thirty minutes.

This method consists of guiding the progression of the sampling needle using mammography. Indeed, this procedure is used when the mammography identifies an anomaly: mass, microcalcifications….

In the X-ray room, the patient will be lying on the examination table on her stomach. The table contains an opening through which the breast passes. The latter is then suppressed like a classic mammogram. In addition, x-rays are taken to find the lesion and a local anesthetic product is injected. The needle is inserted into the breast through a small incision of a few millimeters until the lesion.

The aftermath of the breast biopsy

After a breast biopsy, he will have no pain. Sometimes pain relievers may be necessary, however, aspirin should be avoided. A bruise can occur where the needle passed without it being of consequence. In fact, in the majority of cases, the application of a compression bandage or ice avoids the appearance of a hematoma.

İlknur SARAL
Physiotherapy and Re.. 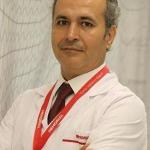 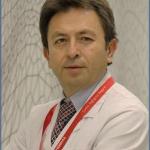 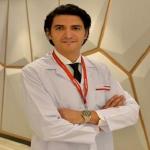 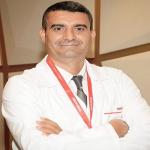