Best hospitals of Genioplasty in Turkey

Everything about Mentoplasty: Cost & Reviews

A genioplasty in Turkey and Istanbul is an operation used to perfect the look and appearance of the chin. It can be performed alone or in combination with other jaw-related surgeries, either for medical or cosmetic purposes. The chin has a significant effect on the appearance of a person’s face. By undergoing a chin surgery, patients can change the general profile and symmetry of their face.

Package price of Genioplasty in Turkey

With our hospitals, the average price of the package Genioplasty in Turkey is 2500 €.

The cost of the procedure Genioplasty in Turkey depends on several factors such as the type of surgery you are going to have, the clinic and the experience of your surgeon. Discover the pack

The accuracy of the content has been reviewed by our Medical Commission.
Photos: Before / After (5) 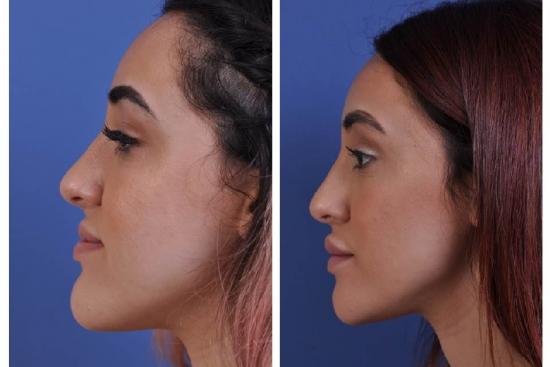 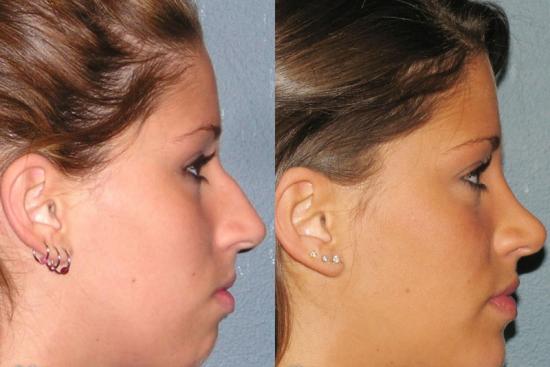 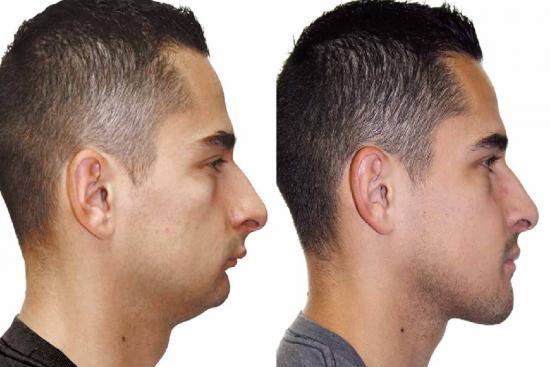 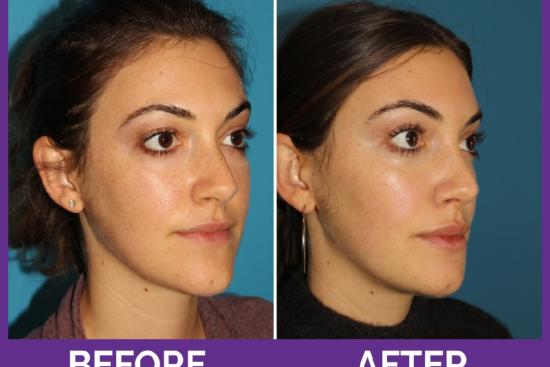 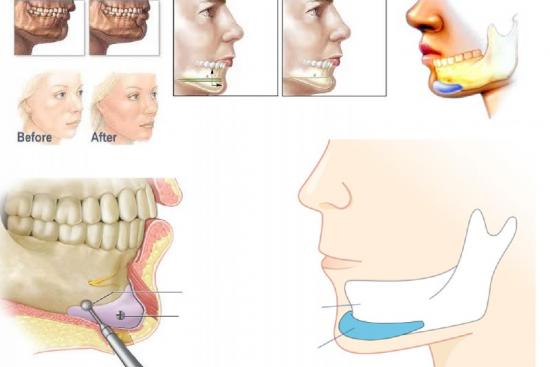 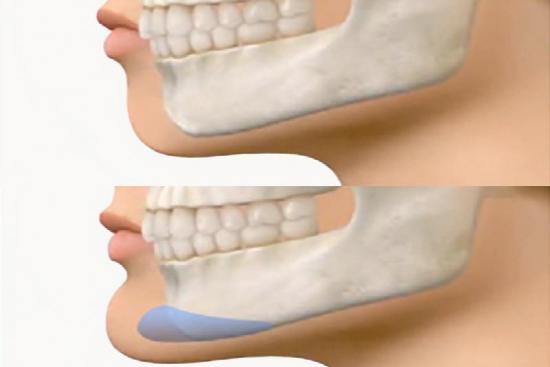 Who should undergo Chin Surgery?

Chin surgery in Turkey can be exploited by those who have problems with their chins, such as:

What are the expected results from Chin Surgery?

The objectives of the procedure are:

In a study of 40 patients with genioplasty, the majority were generally satisfied with the results of the surgical procedure and only one of them was subject to certain reservations regarding the results, but not enough to get further adjustments. No significant complications were observed during a two-year follow-up period. The resulting appearance and position of the chin were well maintained in all cases.

How is the Sliding Genioplasty in Turkey performed?

In a sliding genioplasty in Turkey, the surgeon cuts the chin bone away from the rest of the jawbone, and move it to adjust a chin inadequacy. This is also called an osseous mentoplasty.

Sliding genioplasty is advised for patients with severe retrogenia, or those whose chin is too far back from the rest of their face. It can also help with adjusting chins that are too long or pushed too far forward.

The operation is undertaken under general anesthesia after a pre-anesthesia consultation.

In the beginning, your surgeon will pull down your lower lip and make an incision on the gum below your bottom teeth. Then the gingival tissue is separated from the jawbone. Your surgeon will cut a small vertical line in the chin. This guarantees the that bone will remain straight when it’s displaced forward or backward.

In most cases, the chin is approached by incisions of the oral mucosa (no external scars). The surgeon cuts the chin below the teeth so that it can be moved in the intended direction before the procedure. Then, the bone fragments are fixed by steel wires or titanium mini-plates (osteosynthesis).

To make your chin longer (chin augmentation), the surgeon reattach the bone with a gap between the rest of the jaw and the chin. Bone will regenerate itself over time and fill this space. To make your chin shorter (chin reduction), he will remove the cuneus of bone and reattach your chin to the rest of your jawbone.

Stitches are placed in the mouth. They disappear in 2 to 4 weeks or are removed in consultation.

Several techniques make it possible to back a protruding chin: the surgeon can remove excess fat and fatty tissue, file the lower edge of the mandibular bone, or cut the excess bone (osteotomy) then reattach the front part of the chin.

Techniques of Sliding Genioplasty in Turkey

For receding chin surgery, there are also different methods:

After your surgery, your plastic surgeon will advise you to take antibiotics for two days. Oral surgical sutures are absorbable, so there’s no need to return to the hospital or the clinic to remove them.

You can begin eating normal food as soon as you feel ready. A liquid or soft-food diet is advised. You need to wash your mouth with water or an antiseptic solution after every meal.

After five postoperative days, you can remove your wound compression tape, and go back to your daily activities. Don’t practice sport for the first eight postoperative weeks.

You may notice puffiness, inflammation, or bruising, which should disappear after a few days.

If you have any of the following symptoms, you should contact your doctor instantly:

Mentoplasty Cost in Turkey and Istanbul

Mentoplasty cost is the best with Turquie santé as an internationally recognized leader in reconstructive surgery. Our team of plastic surgeons and medical specialists guide our patients through each step of the mentoplasty process to ensure the best possible results.

Don't waste your time looking elsewhere, Turquie santé will provide you with the cheapest prices for your genioplasty.

A genioplasty can be performed on a patient as soon as he turns 16 years old. However, sometimes doctors intervene a little earlier when it comes to children with a very receding chin with difficulty closing the mouth.

There are no notable complications, except chin sensitivity disorder due to the stretching of the chin nerves during the procedure. This disorder is temporary and will disappear within 3 months.

It will be possible starting from the third post surgery month.

Absolutely not ! The scar would be inside the mouth, at the level of the lower gum.

Your Genioplasty in stages 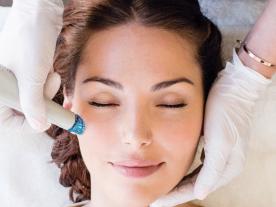 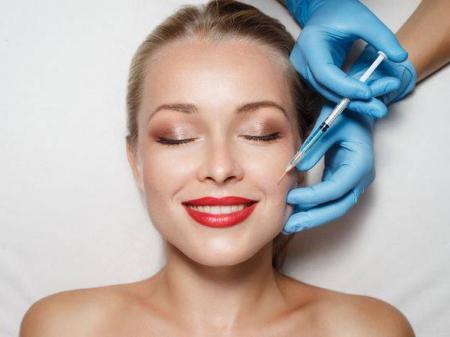 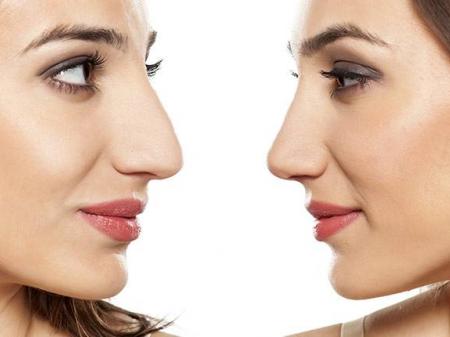 Rhinoplasty (with graft)
From 3000 € More infos 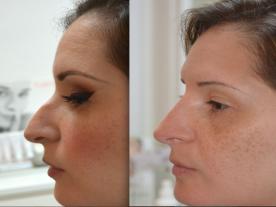 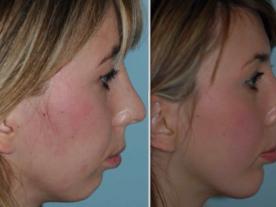 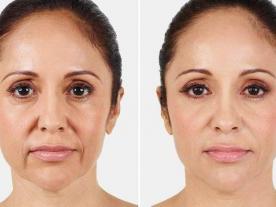 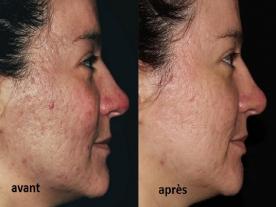 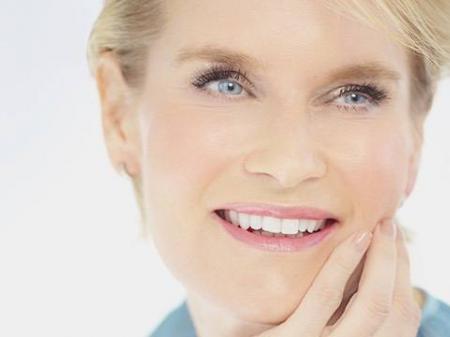