"Protruding" ears are a defect present from birth and linked to heredity. This anomaly can affect only one ear (unilateral) or both ears (bilateral). Indeed, it is the consequence of a malformation of the cartilage which does not bend and remains straight, detached from the nape of the neck, which gives the characteristic "loop" shape to the ears.

When pronounced, this imperfection can be difficult to bear. It can even present an embarrassment for men and women who do not see themselves as seductive or attractive.

Thus, the problem of protruding ears can become complex in children and especially in adolescents because of teasing, which conditions relationships and undermines their self-confidence.

With prominent ear correctionsurgery and otoplasty, this congenital defect can be completely and permanently eliminated with a sense of security in the best clinics in Turkey. 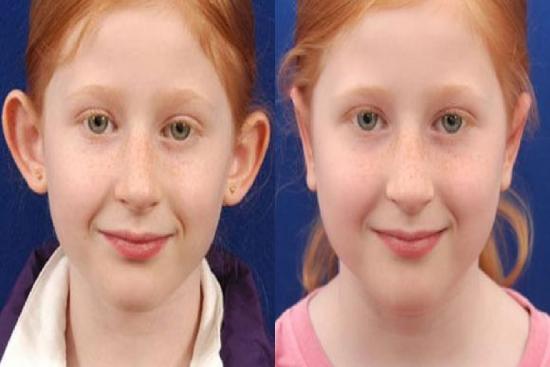 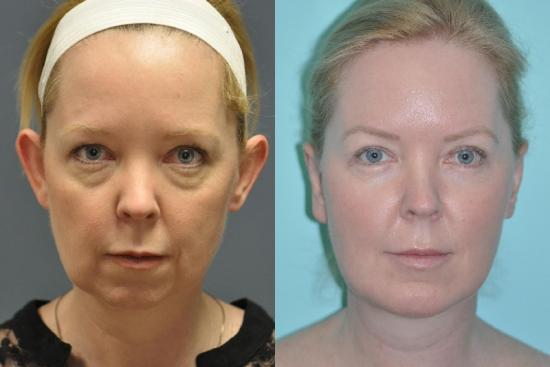 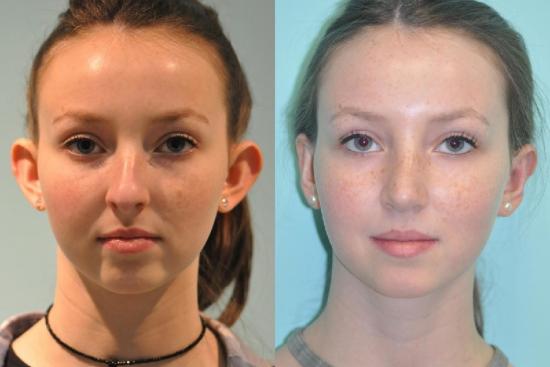 PreviousNext
Who is this procedure for?
Side effects
Intervention or treatment's duration
Recovery time
Success rate
The accuracy of the content has been reviewed by our Medical Commission.

Prominent ear surgery: What is it?

For practical and informative purposes, otoplasty is the aesthetic reconstructive surgery technique that corrects the phenomenon of so-called protruding ears.

In most cases, choosing to have an otoplasty is a decision that must be carefully considered, since the protruding ears are the first visible discordant element and can cause significant discomfort.

All adults with anatomical abnormalities are entitled to otoplasty. For children, it is advisable to wait until the age of 7 years to complete the growth of the ear to apply local anesthesia.

This operation is cosmetic surgery, the advantage of which is to correct and mask aesthetic malformation.

Otoplasty is a cosmetic surgery that aims to correct defects in the ears, it can be a:

Otoplasty can be considered in the case of:

In most cases, the doctor performs this surgery on both ears (bilateral otoplasty) and sometimes unilateral.

Cosmetic ear surgery (otoplasty) is in great demand by people who suffer from this problem and want to have ears with normal shapes, for example, 15,000 operations are performed in Turkey each year. Thus, this operation is addressed to all people (adults at any age and children who are more than 7 years old).

Tips to Avoid a failed Otoplasty in Istanbul Turkey

The ear is a very delicate organ, so opting for an experienced and competent surgeon is necessary, to avoid any risk of a failed otoplasty.

Before performing otoplasty, a thorough visit to a specialist is necessary. During the first visit, the surgeon will perform a physical examination, during which the shape, position, and size of the ears are analyzed. Depending on the anatomy of the atrium, the surgeon will plan the most appropriate operative procedure to obtain the best possible result, the possible solutions, the patient's motivations, and their real expectations.

The surgeon will also have to assess the patient's state of health, associated with an investigation of his medical history to exclude any contraindications to the operation, which could alter the final result of the surgery.

At the end of the visit, the surgeon, in agreement with the patient, will choose the shape of the ears best suited to the physiognomy and aesthetics of the face. Before the intervention, precise instructions will be given on pre- and post-operative nutrition, and the consumption of drugs, alcohol, and cigarettes.

Depending on the patient's profile, the plastic surgeon decides the type of anesthesia (local, vigil, or general). On the day of the operation, he must fast for at least six hours before the ear operation.

The duration of bilateral otoplasty varies between 20 minutes and one hour.

Ear folds are small metallic prosthetic devices made of Nickelodium used in ear reshaping surgery. They are gold-plated to make the surface neutral and unnoticeable. They look exactly like the ear cartilage.

The surgery on the protruding ears is performed in less than 20 minutes under general anesthesia, it offers immediate correction and rapid recovery. The ear implant produces consistent results with less discomfort and fewer side effects than traditional pinnaplasty surgery. The Ear fold implant reshapes the patient's auricle using a simple procedure, placing it under the ear involving a small incision.

It is used by plastic surgeons who are already experienced in traditional pinnaplasty techniques. A study of 403 patients showed that the Ear fold implant is generally safe.

Are they suitable for everyone?

Patients who are good candidates for this procedure are those who have a simple placation of the earfold. They can be adjusted by pushing them higher or lower on the ear. Pinnaplasty surgery does not correct the ear prominence caused by the angulation between the ear and the head.

What are the risks of this surgery?

The ear fold implant is viewable from the surface of the ear from a close angle.  There is a minor (less than 1%) risk of the ear fold squeezing out through the skin and necessitating to be withdrawn.  There is also a minor risk of infection caused by the metallic implant which would again require its removal.

Performing this surgery in patients with an important rotation of the conchal bowl may cause the prominent ear to stay uncorrected and the antihelical fold would be overcorrected. There is also a small risk that this would then leave the helical rim concealed behind the ear’s antihelix. This would give an unreal appearance to the ear from the front view.

What should I expect from this surgery?

Aesthetic final results are difficult to predict in any type of cosmetic plastic surgery.  However, you have the opportunity to try the external ear folds held on with double-sided tape. This will help you predict the final result so you can decide whether you like the future shape of your ears.

Thus, the price of otoplasty in Turkey varies according to the part of the ear to be corrected and the type of anesthesia. To provide tailor-made estimates and quotes for pricing for ear surgeries such as otoplasty, tympanoplasty, or earring hole repair, we usually ask our patients to send us photos. This will allow our plastic surgeons to analyze their situation and offer them a cheap quote.

At 7 years old, the ears would have already reached their final size, so an otoplasty is possible starting from that age. It is advisable to have recourse to otopasty as soon as possible to prevent the child from being teased because of his ears.

Protruding ears surgery is performed on an outpatient basis under local anesthesia.

The results of otoplasty would be lasting, and they would be visible after one to two postoperative months.

The success rate of protruding ears surgery in Turkey is 90%.

Prof. Dr. Mehmet ..
Physiotherapy and Re..