Treatment of depression in Turkey, Prices of Istanbul Clinics

It's normal to feel sad after a break-up, the death of a loved one, or after losing a job, it's called sorrow or grief. What is abnormal is when this feeling lasts and does not disappear. That is depression, and it is not a state of unhappiness, it is indeed a sickness that requires medical attention.

Fortunately, depression does have a treatment. This one combines several methods (psychotherapy and antidepressants). However, this cannot be done without receiving the help of a mental health doctor. Turquie Santé will help you understand your depression, so you can better treat it with the help of the best psychiatrists and psychologists in Istanbul. Depression also called “depressive disorder” or “nervous breakdown” is a very common illness. Despite what people often assume, this illness has nothing to do with "blues" or "unhappiness". It is a disease that affects the brain and the body at the same time and can prevent us from having a normal life.

This pathology most often occurs in periods called “depressive phases” or “depressive episodes”. These periods can last from a week to years.

There are several types of depression which can be mentioned as follows:

What are the causes of depression?

Depression can result from several factors, among which we can distinguish:

Some people with depression experience hardship during their childhood. These promote the onset of depressive disorders in adulthood. Usually, it could be a childhood badly lived with parents, sexual abuse, etc.

Grief is a normal reaction to the loss of a loved one. However, this reaction can become a real depressive phase if it lasts more than two weeks.

We can also add to these factors:

Due to a genetic vulnerability, some people are more likely than others to have depressive disorders. We are not all the same when it comes to psychological pain. Some of us take it better than others.

For example, a person with a depressive parent is four times more likely to develop depression.

It is important to know that this vulnerability only manifests itself in the presence of unfavorable environmental factors. The combination of social and genetic factors most often leads to depressive disorders.

The brain of a depressive person has irregularities in neurotransmitters such as dopamine, oxytocin, and serotonin.

According to studies, the density of the gray matter in the limbic system in depressive patients is decreased. This decrease is even greater in patients who have suffered from depression for more than three years.

This irregularity in the brain structure is followed by a deterioration of cognitive functions such as attention, flexibility, or vigilance.

What are the symptoms of depression?

There are two types of symptoms a depressive person shows:

The most common physical symptoms of depression are:

The most observed psychological symptoms in people with depression are:

What are the consequences of depression?

The consequences of depression on the family and behavior

Some symptoms related to depression create problems within the couple, such as:

People with depression can sometimes behave in a way that makes their depression worse, such as:

Postpartum depression can also lead to the development of the depressive disorder in children.

The consequences of depression on cognitive and motor functions

Depressive disorder is followed by a feeling of exhaustion, which is often made worse by insomnia or hypersomnia. Sleep disorders impair the following functions:

How can you help someone with depression?

If a loved one is suffering from depression, and you want to help them, here's what you can do:

You have to be patient. It takes time for a depressive person to be able to open up to you. Once the person lets you know how he is feeling, don't try to comment on their situation. At this level, you just have to listen to him, understand him, and reassure him that he is not alone in this struggle.

You cannot cure your friend or loved one's depression. However, you can encourage him to see a doctor or a psychotherapist. You can also refer him to Turkey Santé for advice. So, He can get a free quote from the best depression treatment clinics in Istanbul, Turkey.

Treatment of depression in Turkey: the steps

You cannot cure depression overnight. The treatment of depression involves the following steps:

It’s a phase that lasts three to six weeks. It consists of administering to the patient medicines that restore the functions of the brain. This way, the patient regains his appetite, energy, and sleep.

It’s a period of consolidation that lasts between six months and a year, depending on the level of the patient's depression. It aims to stabilize the patient's condition so that the symptoms do not reappear.

After the biochemical treatment, the patient must once again regain his positivity and reshape his perception of life. The duration of this psychotherapy differs from one patient to another.

How to avoid relapse after recovering from depression

Many patients stop their treatment during the stabilization phase at the risk of relapsing again. It is therefore necessary not to interrupt your treatment even if the symptoms disappear completely.

Only the attending doctor (or psychiatrist) can gradually stop treatment if he notices that the patient is completely cured.

Participating in group therapy or cognitive therapy is also recommended.

Treatment of depression in Turkey: what are the benefits?

If you choose to spend a medical stay in Turkey to cure your depression, you can be sure that you will have:

Price of Depression Treatment in Turkey

Without a doubt, Turkey has achieved many feats in the medical sector. However, the prices offered by private clinics and hospitals in Turkey remain very competitive. So you can enjoy the beauty of this country and cure your depression at reasonable prices.

Our counselors will guide you in your choice and help you obtain a free price estimation. Contact Turquie Santé to choose the best depression treatment clinics in Turkey.

There are several signs that you may be suffering from depression, such as:

Studies have shown that most people with depression have a genetic problem. It is believed to be an abnormality in the gene responsible for the genesis of the protein that transports serotonin (SERT).

The price of treatment for depression is variable and depends on the length and number of therapy sessions and the care employed during the stay. 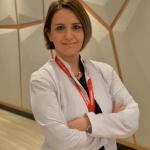 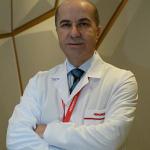 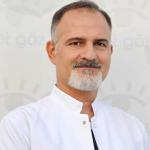 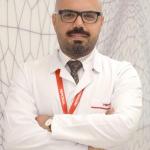