Due to its anatomical structure, the spine has great flexibility and the ability to move. It is composed of a total of 33 to 34 vertebrae, including 7 cervicals, 12 dorsal, 5 lumbar, 9 or 10 Sacro-coccygeal.

Excessive loading and/or natural aging of the spine can lead to degeneration of parts of the spine, loss of mobility, and formation of ligament calcifications. Alternative treatments
Intervention or treatment's duration
Recovery time
Success rate
The accuracy of the content has been reviewed by our Medical Commission.

The replacement of a natural intervertebral disc with a disc prosthesis is a device that is introduced between the vertebrae to preserve and promote the mobility of the spine in persons with symptoms of discopathy degenerative or unresolved acute herniated disc.

The lumbar vertebrae are the third and penultimate bundle of the spine. Degenerative lumbar disc disease is an increasing problem in each population and is recognized as the leading cause of pain and disability in adults. To improve the results of the surgical treatment of chronic lumbar pain due to degenerative disc diseases, studies and research have opened perspectives by introducing the procedure of total intervertebral disc prosthesis. Implants, unlike other more traditional treatments, have some advantages of clinical and anatomical factors, such as:

The cervical disc prosthesis is proposed in place of the classical procedures of discectomy (removal of the hernia) or arthrodesis (vertebral fusion) until now used in patients suffering from discopathy or cervical disc hernia, on which the conservative treatment did not work. The cervical is the first section of the spine, consisting of seven vertebrae, which allow movement of the head and is perhaps the most delicate part of the spine. Between one vertebra and the other is the disc, which is intended to relieve all the pressure on the spine.

With Turquie Santé, your disc prosthesis surgery in Turkey is performed under general anesthesia and the guidance of the most experienced surgeons in the world at the best clinics in Istanbul Turkey with affordable prices compared to Europe. In addition, before performing the procedure, the patient is kept informed of the surgery process, the risks, the likely complications.

The procedure of Cervical Disc Surgery

As for cervical disc surgery, our surgeons in Turkey penetrate the spine through a small incision in the front of the neck. The surgeon in Istanbul, Turkey, slightly spreads the intervertebral disc space and removes the natural intervertebral disc.

Subsequently, the surgeon identifies the size of the prosthesis by testing a prosthesis implant and prepares the vertebral body on this basis for insertion of the implant.

The procedure of Lumbar Disc Surgery

The surgery of lumbar disc prosthesis in Istanbul, Turkey is realized imperatively in the operating room under general anesthesia. It lasts for about two hours and the hospitalization time is on average 48 to 72 hours.

There are five stages in the operation of the lumbar disc prosthesis in Turkey. The first stage is under the umbilicus. One of the best surgeons, in Istanbul, Turkey, makes an incision, with a left retroperitoneal first in most cases, thus escaping to open the peritoneum that includes the patient’s intestines. This practice ensures perfect exposure and optimal protection of blood vessels. On this, the spine is well figured, and the surgeon can remove the pathological disc.

As soon as the disc has been removed, the surgeon widens the gap between the two vertebrae, identifies the appropriate size of the prosthesis, and positions it as a replacement for the removed disc.

Finally, after regulating the position of the prosthesis, the surgeon closes the wound by using in several demanding cases a method of drainage. It is removed 48 hours after completion of the procedure. 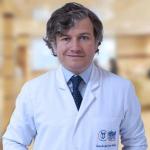 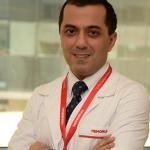 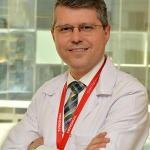 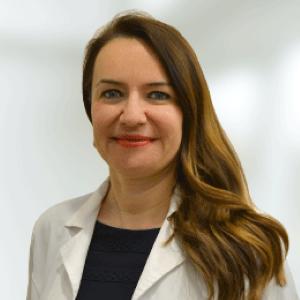