Do you suffer from chronic nasal obstruction, shortness of breath, or snoring? This is part of the collateral damage of having a deviated or twisted nasal septum. But it is also that it can affect the quality of life of those who suffer from it. The solution? A facial surgery whose main objective is to correct this deviation, to obtain a substantial improvement.

In this regard, septoplasty is a maxillofacial and ENT surgery that aims to correct congenital or acquired deviations of the nasal septum. The purpose of the procedure is to restore the proper airflow in the nasal passages and allow normal breathing Who is this procedure for?
Side effects
Alternative treatments
Intervention or treatment's duration
Recovery time
The accuracy of the content has been reviewed by our Medical Commission.

What is a deviated septum surgery?

Septoplasty or deviated septum surgery is a purely functional surgical procedure that aims to straighten the septum (the medial septum separating the two nasal cavities),which has a very significant deviation. When it affects the nasal cartilage (the lower part of the nose),this deformity can lead to breathing difficulties or sinusitis.

A septoplasty can be combined with cosmetic rhinoplasty, also called rhinoseptoplasty, when the deviation is very prominent and affects the appearance of the nose.

Septum surgery: What does it involve?

Septoplasty is a surgical procedure to straighten the bone and cartilage that divide the space between the two nostrils (septum). A deviated septum, which occurs when the septum is twisted, can make breathing through the nose so difficult and can increase the risk of sinus infections due to bad drainage.

During deviated septum surgery known as septoplasty, the septum is repositioned in the middle of the nose. Sometimes it may be necessary for the surgeon to cut and remove parts of the nasal septum before reinserting it in the correct position. Once the nose has healed after septoplasty, the patient will notice that it is easier to breathe.

When to have a septoplasty?

Sometimes the deviation of the septum can cause medical and/or aesthetic complications, which threaten the patient's well-being, so a septoplasty is still necessary to improve the patient's quality of life.

There are two causes of a deviated septum:

Several symptoms alert to the need for intervention to remodel the deviated septum.

The course of a septoplasty in Turkey

Generally, septoplasty in Turkey is performed through a closed approach through the natural channels (nostrils).

The mucous membrane of the nose must be detached to isolate the nasal septum, an internal incision must be made without generating visible scars. This procedure is so delicate that it requires great know-how from the surgeon involved.

The septoplasty procedure should begin with a clinical examination (fluoroscopy) of the septum to assess the degree of deviation and then choose the most appropriate technique.

A septoplasty is performed in Turkey under general anesthesia and takes between one and two hours.

During a septoplasty, the surgeon removes the mucous membrane of the nose to reach the nasal cartilage structure to correct the deviating part of the septum or to remove the cartilaginous or bony parts that are at the origin of the deviation.

Once the correction of the septum is established, the surgeon fixes indonasal drill bits in each nostril. Next, he places a splint on the nose to maintain the new straight position of the septum.

In the case of an external septoplasty, a skin incision at the base of the nose is made, and the nose is fixed with plaster to maintain the remodeling.

The postoperative course of a deviated septum surgery

Swelling of the nose can be seen after the operation due to the presence of the wicks in the nasal cavity.

Bruising may occur in some patients with swelling of the nose, resulting in pain and breathing discomfort.

Painkillers are strongly recommended in case of pain.

Regular cleaning of the nasal cavity is recommended to remove postoperative crusts.

You can also apply ice to deflate the operated area.

The cost of a septoplasty varies according to the complexity of the intervention, whether it is purely restorative or associated with cosmetic surgery (rhinoplasty).

Turquie Santé provides you with support and care in the best conditions in order to carry out your operation safely with highly qualified and experienced surgeons in Turkey. 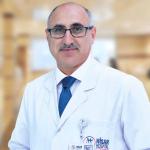 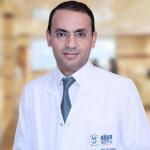 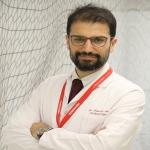